Heads up.
This post is going to be very serious, very long, very personal and probably very controversial.

This past week has been an interesting one, and a trying one, emotionally.  It’s been tough dealing with being sick (thankfully the meds I got have righted that wrong!), but it’s also been nothing short of exhausting as a whole.  With all of the news surrounding Kesha and her incredibly horrifying journey, I can’t help but relive my own.

But I think I should.  I am not the only one who has endured this hell in silence. 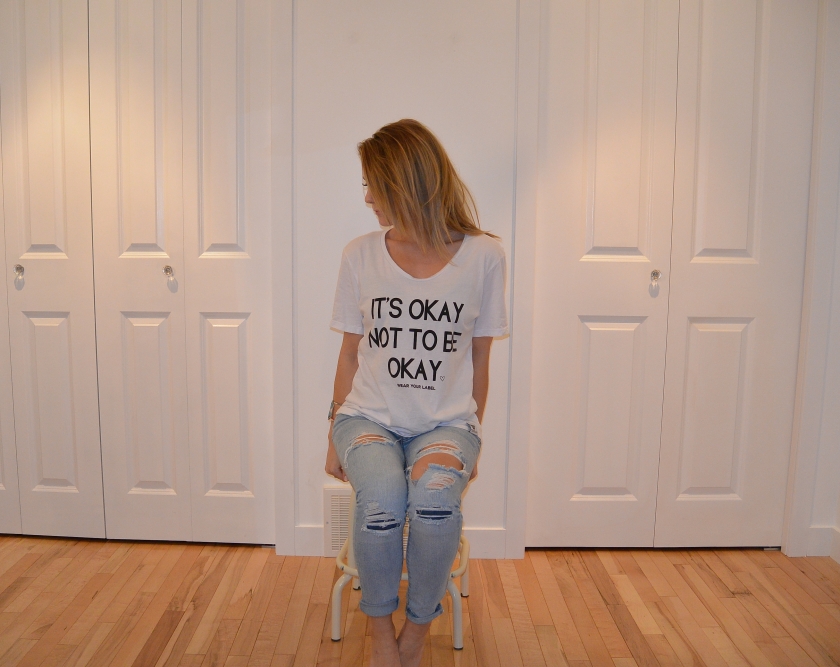 I feel free to tell my story.

“It’s Okay Not To Be Okay” is such a powerful slogan because it carries so many applications to life.  There are so many reasons that it is okay to not be okay, and one of those reasons is because sometimes really shitty things happen to us.

Incidentally, my shirt from WYL showed up a couple of days ago, and so it felt like as good a time as any to bring awareness to this arduous battle that so many have endured; a staggering amount of those in deafening silence.

Only 6 of every 100 sexual assault incidents are reported.  SIX.
That means 94 cases out of every 100 go silent and unheard.

When I was 16, I lost my identity.  I was sexually assaulted by a person in a position of power.   His job description was that of a person who shapes the mind of an adolescent teen.  Someone who passes on knowledge and wisdom, and who is branded as a generational empowerer.  In layman’s terms, a teacher.

He should have known better.  He should have recognized his actions and the repercussions they would have on a mind still growing and developing.  He probably did.  In fact, I’m absolutely certain he knew exactly what he was doing.

He just didn’t give a shit.

He saw a teen, with cracks and open wounds, and weaselled his way in.  He found a way to earn my trust, and simultaneously break it for every other man who would enter my life.  He induced unexplainable anger for years to follow.  He snapped me in half like a twig.

But that’s not the worst of it.

The worst was protecting him, in fear of being judged or getting in trouble.  Even after being confronted about what had happened, still I denied it because I felt an inclination to protect him as a person.

The worst was when the police showed up, forcefully entering my home, verbally abusing me and confiscating MY property as evidence to their case – further indulging me as the perpetrator, and not the victim that I rightfully was.

The worst was the absolute black hole of despair that I was thrown into, the suicide attempts and the following mistreatment from the medical community that I was subjected to – which did nothing to serve as a support for me, but rather as a further beating with the bat of the piñata that I had become.

The worst was seeing the damage it did to my hero, my mother.  To see the shame and guilt on her face, for doing the right thing and alerting the authorities but feeling like she had let me down when she saw that I was not being protected the way that I should have been.

The worst was having to go to court.  To be immobilized by fear but reassured that everything would be okay – only to be shamed and accused of being a liar.

The worst was having to live in the same community as this person, and exist in fear of him retaliating against me for sharing my horror and not keeping my mouth shut.

The worst was still having to live with the notion that it was somehow all MY fault, even after it was proven otherwise.  Even after I’d had countless professionals tell me that I am not in any way to blame for this man’s actions, that I am in absolutely no way at fault for what has happened to me.

The worst is living with the after shocks of this traumatic experience, and the small but significant ways that this demon reappears into my life.

The worst was feeling like a complete failure as a woman in my relationship because I could not bring myself to have sex with my partner.  Every time we tried, I felt violated and dirty.  I felt broken and disconnected.  Even though we’d been sexually active previous to my assault, it affected our intimacy for years after the fact.

Reading the news articles and reactions from people involving Kesha’s court trial breaks my f***ing heart.  I’ve been in her shoes.  I am living the damage of the image our society has created.  I am speaking out and telling my story in solidarity with her and so many others who have walked, and are walking, in these shoes with us.

1 in 4 women living in North America will be sexually assaulted within their lifetime.
ONE. IN. FOUR.

When you say things like, “She had it coming”, or “She must be lying”, or “It’s unfair to brand him a rapist before she proves he actually did it” – you further perpetuate the notion that it was HER FAULT.

When we glorify a person’s image as a perpetrator, we turn the whole notion of what we are fighting for upside down.  Too often, victims are patronized and belittled when they should be recognized and protected.   Too often, the perpetrators bask in the lime light that they should not be entitled to.

Sexual assault is far more common than people suspect it to be.
Most sexual assaults are not committed by a stranger, but rather by someone close to the victim. 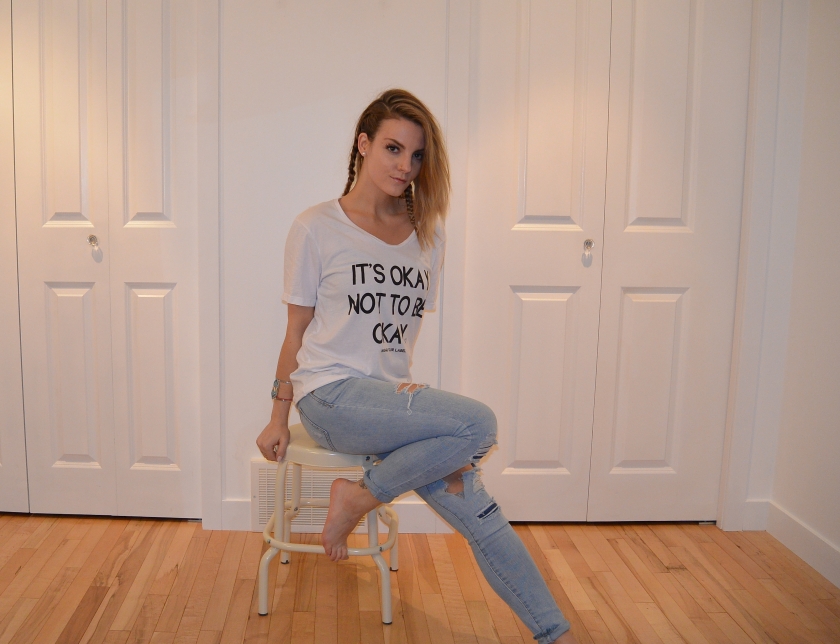 I was a victim, but I am not any longer.  I am a survivor.

As with all darkness, there has also been light.

The best has been rediscovering myself and reclaiming my identity as a person.  Having a sense of self and worth has been so crucial to the healing process.

The best has been having a partner who understands what I’ve gone through and holds me together when I crumble.  Having someone who has been patient and loving towards rebuilding our intimacy in a safe and trusting environment; who doesn’t get upset when I tell him “No” because I am dealing with the internal aftermath of my assault.

The best has been being able to smile again.  When terrible things happen, I fully understand that black cloud that moves in over your life.  That presence that makes you feel like you will never have a reason to smile ever again.  I promise you, you will.  The fog will be lifted, and the sun will shine once more.

The best has been the strength and ongoing support.  I am not strong alone.   My strength is an accumulation of the love I have received from my family and friends, my community, my tribe.  From the stories and people that emerge from their own darkness into the light.  From those who fight alongside to end the stigma surrounding sexual assault.

Together, we are strong.  Together, our voices will carry.

One thought on “Twenty Three”